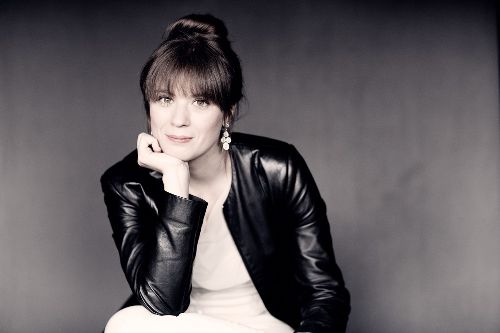 Anna Fedorova is one of the world's premier young pianists. From an early age, she demonstrated an innate musical maturity and outstanding technical abilities. Her international concert career took off while she was only a child and audiences around the world were “completely taken by surprise, compelled and astonished” by the depth and power of her musical expression.

At over 30 million views, Anna’s live recording of the Rachmaninoff 2nd Piano Concerto in the Royal Concertgebouw has become the most watched classical concerto on Youtube and is highly praised by many renown musicians. As the cover artist of the Sunday morning series in season ‘17/18, she returns there annually to perform with orchestras with live streaming on the dutch clas- sical music channel, AvroTros.

Anna has claimed top prizes at numerous international piano competitions, including the International Rubinstein 'In Memoriam' piano competition, the Moscow International Frederick Chopin Competition for young pianists, the Lyon Piano Competition, and recently became recipient of the Verbier Festival Academy Award. She is also two-time laureate of the Dorothy MacKenzie Artist Recognition Scholarship Award at the International Keyboards Institute & Festival (New York, USA). Anna graduated with distinction from the Royal College of Music under the guidance of Norma Fischer. She also studied at the prestigious Accademia Pianistica in Imola, Italy with Leonid Margarius, as well as the Lysenko School of Music in Kyiv with Borys Fedorov. She has also received mentorship from world renowned musicians such as Alfred Brendel, Menahem Pressler, Steven Isserlis and Andras Schiff.

As a recording artist, Anna is signed with the Dutch record Channel Classic. Since the beginning of their collaboration in 2017, 4 CD’s have been released to much critical acclaim: two solo CD’s, Story Teller and Four Fantasies, a Rachmaninoff CD with the St. Gallen Symphony Orchestra and and a duo CD with violist Dana Zemtsov Silhouettes. There are two more CDs planned to be released in 2020-2021: an all-Chopin solo album and a duo CD with double bassist Nicholas Schwartz entitled Stolen Pearls. Earlier CD’s include a Brahms, Liszt and Chopin album, released by the DiscAnnecy Label and a Rachmaninoff 2nd Piano Concerto CD with Piano Classics. 2016 marked the release of 3 more albums - with Rachmaninoff 3rd piano Concerto and Mussorgsky “Pictures at an Exhibition”, a CD with german Cellist Benedict Kloeckner of works by Chopin and Frank, and with turkish cellist Jamal Aliyev, works by Russian composers.

In early 2021 a new Documentary about Rachmaninoff “ Rachmaninoff revisited” is going to be released, where Anna Fedorova is featured along with other top pianists such as: Yefim Bronfman, Mikhail Pletnev, Denis Matsuev, Barry Douglas, Alexander Kobrin and Olga Kern.