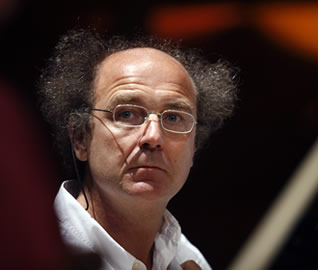 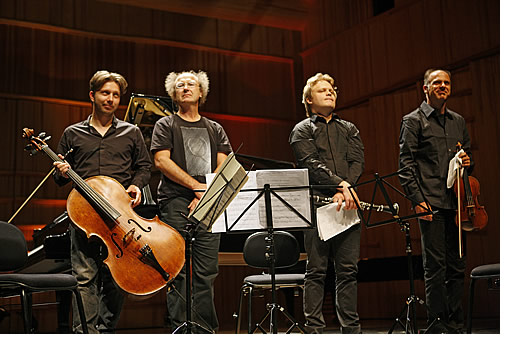 Andrea Rucli, pianist, graduated from the “L.Cherubini” Conservatory in Florence with full marks and honors under the guidance of M ° Alessandro Specchi. Winner of first and second prizes in numerous piano competitions - competitions in Alberga, Como, Aversa, etc. - he has been playing for more than thirty years both as a soloist and in various chamber ensembles, collaborating with leading figures in concert music. He was first a pupil, then partner in a piano duo and assistant for more than 10 years, of the Russian pianist Konstantin Bogino and a very long association of art and friendship with the violist and composer Vladimir Mendelssohn, who recently passed away. He has participated in prestigious chamber music festivals, including those of Portogruaro (for nine years of which seven consecutive years), of the Musical Week at the Teatro Olimpico in Vicenza, of Kuhmo in Finland (where he will be a guest in 2022 for the 17th time) , the Casals Festival, the Chamber Music Society at the Hermitage Theater in St. Petersburg, the Jerusalem Sound in Israel, the Pontino Festival, the Montepulciano Shipyard, the Podgorica A Tempo Festival, the Osnabrücker Musikfestival "Classico con brio ”And the Stiftfestival in Holland.

He recently made his debut as a soloist with orchestra in the Brahms hall at the Musikverein in Vienna. Among the various CDs recorded, all excellently reviewed by specialized critics, the triptych with works for piano and chamber music - recorded as a world premiere - by the Russian composer Ella Adaiewsky, the result of a very long rediscovery work promoted by the Sergio Association, stands out. Gaggia, which the magazines Amadeus, Musica and Radio 3 Suite have also dealt with several times, also resulted in publications published by the Italian Music Library which changed the origins of the birth of the science of Ethnomusicology. In January 2010 and February 2013 he performed live for the "Concerti del Quirinale" on the third channel RAI and on the Euro Radio circuit, presenting respectively "La Pantomima Rinata", production of Gaggia 2006, musical reconstruction by Vladimir Mendelssohn of Pantomime k446 by WAMozart, with a commedia dell'arte specially written by Quirino Principe and a program designed for the day of Remembrance. He teaches main piano at the Tartini Conservatory of Trieste.